The  Microsoft founder and Bill & Melinda Gates’ Foundation, Mr. Bill Gates, has challenged African youths to drive innovation and development in the continent despite its numerous health and economic challenges.
Mr. Bill Gates while delivering the 2016 Nelson Mandela Annual Lecture, yesterday, at the University of Pretoria (Mamelodi campus), South Africa, said that Africa’s future rests in the hands of its youth and every effort must be made to ensure they thrive.

The co-founder of software giant, Microsoft, according to a press release from the Bill & Melinda Gates’ Foundation and the Nelson Mandela Foundation, said issues that needed to be tackled to ensure Africa’s youth thrived were: health and nutrition; education; productivity and economic opportunity; and governance.

The philanthropist and entrepreneur pointed out that Africa was demographically the world’s youngest continent. In the next 35 years, it is estimated that two billion babies will be born in Africa and by 2050, 40 percent of the world’s children will live in Africa.Gates said he believed Africa’s youth “can be the source of a special dynamism.” 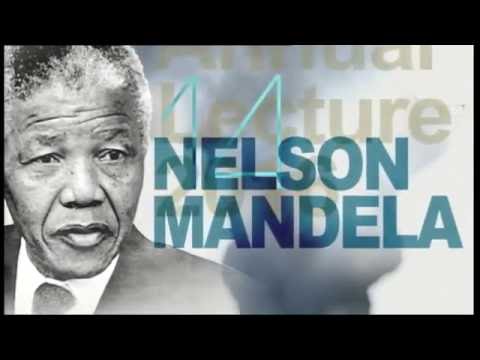 He further explained: “Economists talk about the demographic dividend. When you have more people of working age, and fewer dependents for them to take care of, you can generate phenomenal economic growth. Rapid economic growth in East Asia in the 1970s and 1980s was partly driven by the large number of young people moving into their work force.

“But for me, the most important thing about young people is the way their minds work. Young people are better than old people at driving innovation, because they are not locked in by the limits of the past. The real returns will come if we can multiply this talent for innovation by the whole of Africa’s growing youth population.”

The Annual Nelson Mandela lecture is a prestigious event that honours Nelson Mandela and raises topical issues affecting South Africa and the African continent as a whole.

Mr. Bill Gates used the platform of the 14th Nelson Mandela Annual Lecture – the Nelson Mandela Foundation’s flagship programme to honour its founder, Nelson Mandela, and to raise topical issues affecting South Africa, Africa and the rest of the world – to lay out his vision of how to create a better world. The theme of his speech was “Living Together.”

But, he warned: “In sub-Saharan Africa, one in 12 children will die before they turn 5. This is a vast improvement compared to 25 years ago, but African children are still 12 times more likely to die than the average child in the world.”

The former CEO of Microsoft and the world’s richest man, Gates will go down in the history as arguably the greatest philanthropist the world has ever known. Formed in 2000, the Bill and Melinda Gates Foundation has invested more than $9-billion in Africa over the last 15 years; and will invest another $5-billion in the next five years, he said.

“It’s clear to everyone how big and complicated the challenges are. But it’s just as clear that people with bravery, energy, intellect, passion, and stamina can face big, complicated challenges and overcome them. There is so much more work to be done to create a future in which we can all live together. But there are also so many people who are eager to get to work.”