Can poor sleep lead to Alzheimer’s or dementia? 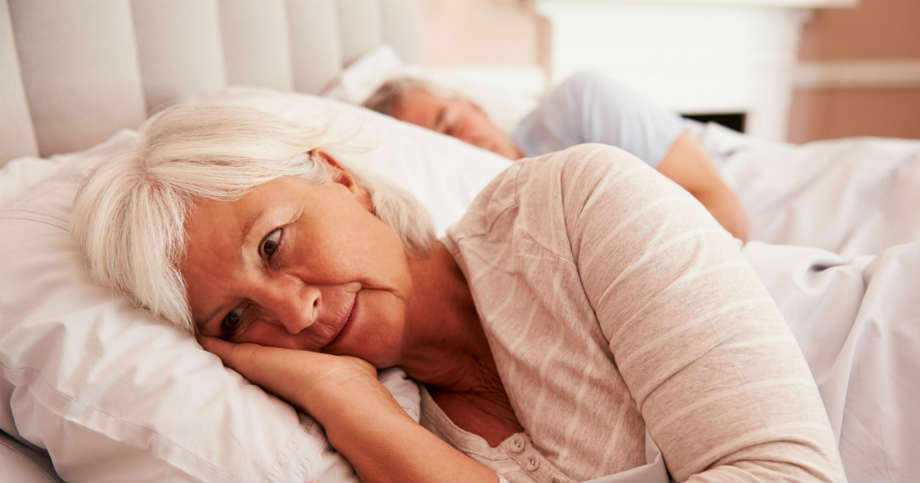 One in three Americans doesn’t get enough sleep – sleep deprivation, and 45% of the world’s population doesn’t either.

The US Centers for Disease Control and Prevention calls that a “public health problem,” because disrupted sleep is associated with a higher risk of conditions including diabetes, stroke and cardiovascular disease.
What about Alzheimer’s and other forms of dementia?
It’s well known that people with Alzheimer’s suffer sleep issues. Insomnia, nighttime wandering and daytime sleepiness are common for them, as well as other cognitive disorders such as Lewy body dementia and frontal lobe dementia.
But could poor sleep earlier in life actually cause dementia?

A new study in the journal Neurology, the journal for the American Academy of Neurology, finds that people who get less REM, or dream-stage sleep, may be at higher risk for developing dementia. REM is the fifth stage of sleep, when the eyes move, the body heats up, breathing and pulse quicken and the mind dreams.
Researchers followed 321 people with an average age of 61 for a dozen years, as part of the famous Framingham Heart Study. Sleep cycles were measured for each person, and their cognitive skills were assessed in person at regular intervals. Over the duration of the study, 32 people developed dementia. Of those, 24 were determined to be Alzheimer’s disease.
The study found that people who took longer than the typical 90 minutes to enter REM were more likely to get dementia. They also spent only about 17% of their sleep dreaming, compared to 20% in those who did not develop dementia.
No association with dementia was found for any of the other four stages of sleep.
“Our findings point to REM sleep as a predictor of dementia,” study author Matthew P. Pase, of Swinburne University of Technology in Australia, said in a news release. “The next step will be to determine why lower REM sleep predicts a greater risk of dementia. By clarifying the role of sleep in the onset of dementia, the hope is to eventually identify possible ways to intervene so that dementia can be delayed or even prevented.”

A growing body of research in both mice and humans shows that disturbed sleep leads to higher levels of soluble beta amyloid, the protein that folds and forms the sticky plaques that kill brain cells and bog down information processing.
Depositing amyloid in brain tissue is the first known preclinical stage of Alzheimer’s and happens well before any obvious symptoms of dementia begin. 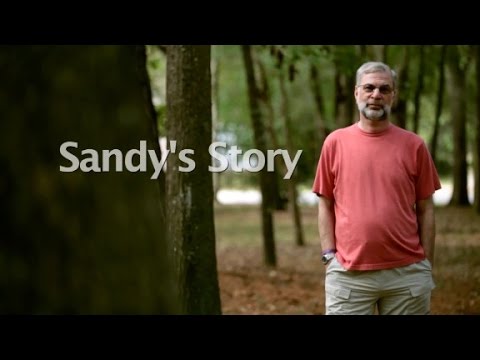 A few studies in cognitively normal people and one in mice have shown a connection between chronic sleep disruption and the development of amyloid plaques. The research in mice was particularly interesting because it showed that mice who slept well reduced their levels of beta amyloid, effectively clearing the toxin from their brains.
A study in Neurology looked at the relationship between sleep quality and levels of various proteins and inflammatory markers in the cerebrospinal fluid of 101 cognitively healthy adults with an average age of 63.
All participants had known risk factors for Alzheimer’s, such as family history or evidence of the APOE gene, which is associated with a greater chance of developing the disease. Their sleep quality was rated on a standard scale that measured amount, quality and trouble sleeping, along with daytime drowsiness and naps.
“Participants in our study were willing to undergo a lumbar puncture to move research on Alzheimer’s disease forward,” said co-author Barbara Bendlin of the Wisconsin Alzheimer’s Disease Research Center. “Analyzing this fluid allowed us to look at markers related to Alzheimer’s disease such as plaques and tangles, as well as markers of inflammation and nerve cell damage.”

Tangles are created by damaged tau, a protein responsible for cell stability and structure. Recent research points to tau-tangle accumulation as a possible step beyond amyloid plaques in the development of actual signs of Alzheimer’s disease.
By comparing the spinal fluid against self-reported sleep problems, Bendlin and her colleagues found that the subjects who had sleep issues were more likely to show evidence of tau pathology, brain cell damage and inflammation, even when other factors like depression, body mass, cardiovascular disease and sleep medications were taken into account.
“Our findings align with the idea that worse sleep may contribute to the accumulation of Alzheimer’s-related proteins in the brain,” Bendlin said. “The fact that we can find these effects in people who are cognitively healthy and close to middle age suggest that these relationships appear early, perhaps providing a window of opportunity for intervention.”
That’s important, Bendlin added, because delaying the onset of Alzheimer’s in those at risk by a mere five years “could reduce the number of cases we see in the next 30 years by 5.7 million and save $367 billion in health care spending.”
“Another new finding in this study is that daytime sleepiness, and not just disrupted nighttime sleep, is associated with early changes of Alzheimer’s disease,” said Dr. Yo-El Ju, an assistant professor of neurology at Washington University’s Sleep Medicine Center.
Ju co-wrote an accompanying editorial for the study and just published research of her own in the journal Brain in which she found that healthy middle-age adults who slept badly for just one night produced an abundance of beta amyloid. A week of disrupted sleep increased the amount of tau, another protein responsible for the tangles associated with Alzheimer’s, frontal lobe dementia and Lewy body disease.
“Overall, these studies confirms the relationship between early Alzheimer’s disease and sleep disturbance,” Ju said, “and expand — in terms of both time and symptoms — the window in which sleep-wake problems can be assessed for and treated, with the hope of reducing the risk of dementia due to Alzheimer’s disease.”
One of the limitations of Bendlin’s study was that the sleep problems were self-reported. Bendlin and her colleagues are recruiting people at risk for Alzheimer’s to be studied in a sleep lab, where objective measurements can be taken.
“If it turns out to be the case that an intervention which improves sleep also results in less amyloid being deposited in the brain, that would provide strong support for implementing interventions before people start to show cognitive decline associated with Alzheimer’s disease,” she said.
Dr. Rudolph Tanzi, who directs the genetics and aging research unit at Massachusetts General Hospital, agreed.
“Increasing amounts of evidence indicate that getting at least seven to eight hours of sleep is essential for brain health and function,” Tanzi said. “In the deepest stage of sleep, the brain cleans itself out of plaque and other toxic materials that trigger Alzheimer’s disease. This reduces brain inflammation and is entirely consistent with this exciting new study.”

Not everyone with sleep problems in Bendlin’s study had abnormalities in their spinal fluid. For example, those with obstructive sleep apnea showed no association. With over 18 millions Americans diagnosed with the condition, obstructive sleep apnea is one of the most common sleep disorders. It’s characterized by loud snoring and waking by gasping or choking, which occurs when throat muscles relax and constrict the airway during sleep.
But research presented in July at the Alzheimer’s Association International Conference in London found a connection between obstructive sleep apnea and buildup of amyloid and tau proteins in the brain.
Researchers looked at 1,639 adults in their mid-70s who either were normal cognitively or had mild cognitive decline. The research found an association between obstructive sleep apnea and an accelerated increase of amyloid and tau deposits in both normal and cognitively impaired adults.
Bendlin stresses that much remains to be discovered about the link between sleep and dementia.
“Not everyone who experiences sleep problems should now worry about developing dementia due to Alzheimer’s disease,” she said, adding that therecnn & is not yet a clear cause and effect relationship.
“Animal studies suggest sleep affects development of brain changes, but brain changes in turn also affect sleep,” Bendlin said. “In terms of figuring out which comes first, brain changes or sleep problems, that will be difficult to tease apart, because the effects really do appear to be going in both directions.”
“In experimental studies, there does seems to be evidence of both chicken and egg,” said neuroscientist Jeffrey Iliff of Oregon Health and Sciences University. “You can drive it either direction. So there may be a bio-directional interaction.”
That’s good news if true, he said, because it means we have may have some control over whether we develop dementia.
“No, the public can’t remove amyloid plaque,” Iliff said. “But if sleep disruption is promoting this process, then improving sleep is half of the solution to slowing the process of dementia as it develops over one’s life.”
Keith Fargo, director of scientific programs and outreach for the Alzheimer’s Association, agreed: “There may be an opportunity to improve cognition and possibly reduce dementia risk through early diagnosis and effective treatment of sleep disorders.”
Dementia Treatment

Evidence suggests that cognitive stimulation can improve thinking and memory skills in people with dementia. It is currently the only psychological treatment directly recommended by the National Institute for Health and Care Excellence (NICE) to help people with mild or moderate dementia.

A number of medications have been shown to be effective in treating mild, moderate and severe dementia.

.The goal is to not only increase mental energy and overall alertness, but to support the other important functions of your brain as well. Unlock your brain’s potential for the first time with our all new natural cognitive enhancing ingredients to help you boost your focus and memory by simply taking it with a glass of water every morning. 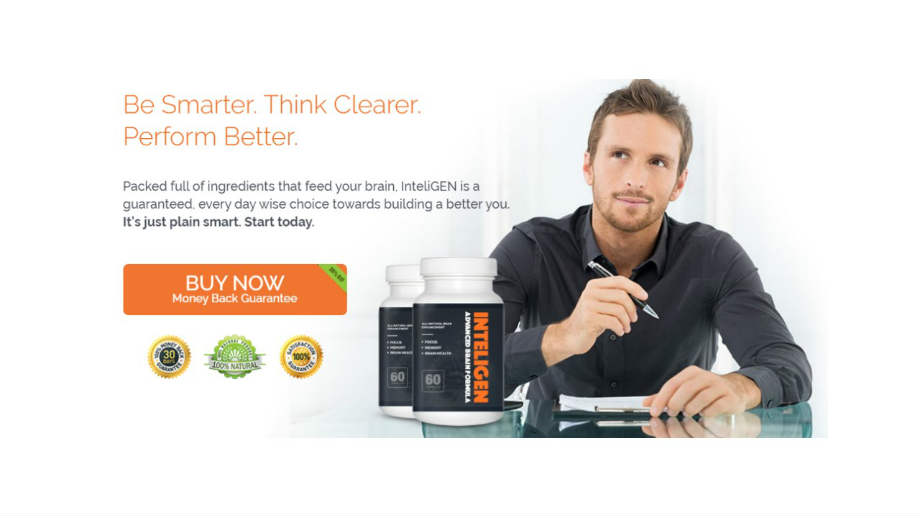 How Melatonin Can Help You Sleep and Feel Better

Sleep Aids : Natural Sleep Aids That Are Backed by Science