Smoking Effects And Benefits of Quitting Smoking,Reasons To Quit Smoking.

Smoking is one of the major cause for several diseases, such as cancer,  smoking effects such as long-term (chronic) respiratory diseases, and heart disease, as well as premature death.

These effects of smoking has shown that there’s no safe way to smoke. Replacing your cigarette with a cigar, pipe, or hookah won’t help you avoid the health risks associated with tobacco products.

Cigarette smoking harms nearly every organ of the body, causes many diseases, and reduces the health of smokers in general, these effects of smoking should give smokers a cause for concern. According the US CDC (Centers for Disease Control and Prevention), over 480,000 people in the USA and 100,000 in the UK die because of smoking each year. $92 billion are lost each year from lost productivity resulting from smoking-related deaths.
Cigarettes contain approximately 600 ingredients. When they burn, they generate more than 7,000 chemicals, according to the American Lung Association.

Many of those chemicals are poisonous and at least 69 of them can cause cancer. Many of the same ingredients are found in cigars and in tobacco used in pipes and hookahs. According to the National Cancer Institute, cigars have a higher level of carcinogens, toxins, and tar than cigarettes.
Smoking is the largest cause of preventable death in the world. Research has shown that smokers can undermine the health of non-smokers in some environments.

Smoking Effects on Your Health 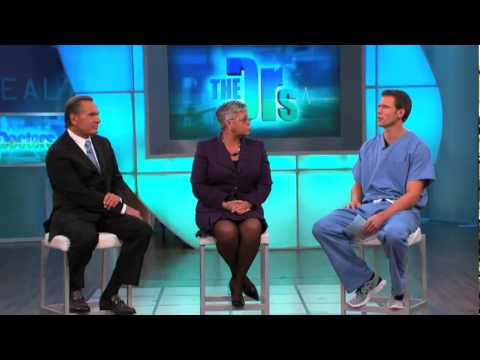 In addition to lung cancer, smokers also have a significantly higher risk of developing,Health Effects of Smoking on Your Body:
⇒Bladder cancer
⇒Kidney cancer
⇒Cancers of the pharynx and larynx (throat cancer)
⇒Mouth cancer
⇒Esophagus cancer
⇒Cancer of the pancreas
⇒Stomach cancer

Some Types of Leukemia

⇒Cancer of the nose and sinuses
⇒Cervical cancer
⇒Bowel cancer
⇒Ovarian cancer
In some cases, also breast cancer
Smoking also raises the risk of cancer recurrences (the cancer coming back).

Why Does Smoking Raise Cancer Risk?

Scientists has revealed that there are over 4,000 compounds in cigarette smoke. A sizeable number of them are toxic –  considering this result the  smoking effects, they are bad for us and damage our cells. Some of them cause cancer – they are carcinogenic.

FEMALE SMOKER ARE AT A GREATER RISK

Female smokers are nearly 22 times more likely to die from chronic obstructive pulmonary disease (COPD), which includes emphysema and chronic bronchitis, compared to women who never have smoked. Women who smoke may develop more severe COPD earlier in life.
A female smoker who is also on the contraceptive pill has a considerably higher risk of developing coronary heart disease and stroke compared to women using oral contraceptives who don’t smoke.

Women who smoke, or smoking while pregnant also have an increased risk for developing cancers of the oral cavity, pharynx, larynx (voice box), esophagus, pancreas, kidney, bladder and uterine cervix. They also double their risk for developing coronary heart disease.
Another effect of smoking is that postmenopausal women who smoke have lower bone density than women who never smoked. Women who smoke have an increased risk for hip fracture compared to never smokers. Cigarette smoking also causes skin wrinkling that could make smokers appear less attractive and prematurely old.

Nicotine – this is not carcinogenic. However, it is highly addictive. Smokers find it very hard to quit  despite smoking effects,  because they are hooked on the nicotine. Nicotine is an extremely fast-acting drug. It reaches the brain within 15 seconds of being inhaled. If cigarettes and other tobacco products had no nicotine, the number of people who smoke every day would drop drastically. Without nicotine, the tobacco industry would collapse.

Nicotine is used as a highly controlled insecticide. Exposure to sufficient amounts can lead to vomiting, seizures, depression of the CNS (central nervous system), and growth retardation. It can also undermine a fetus’ proper development.

Carbon Monoxide – this is a poisonous gas. It has no smell or taste. The body finds it hard to differentiate carbon monoxide from oxygen and absorbs it into the bloodstream. Faulty boilers emit dangerous carbon monoxide, as do car exhausts.

Tobacco smoke raises the risk of coronary heart disease by itself. When combined with other risk factors, such as hypertension (high blood pressure), obesity, physical inactivity, or diabetes, the risk of serious, chronic illness and death is huge.

These effects of smoking also worsens heart disease risk factors. It raises blood pressure, makes it harder to do exercise, makes the blood clot more easily than it should. People who have undergone bypass surgery and smoke have a higher risk of recurrent coronary heart disease.

According to the American Heart Association:

“Cigarette smoking is the most important risk factor for young men and women. It produces a greater relative risk in persons under age 50 than in those over 50.”

If you smoke your levels of HDL, also known as good cholesterol will drop.

If you have a history of heart disease and smoke, your risk of having such a disease yourself is extremely high.

A much higher percentage of regular smokers have strokes compared to other non-smokers of the same age. The cerebrovascular system is damaged when we inhale smoke regularly.

Those who smoke run a higher risk of developing aortic aneurysm and arterial disease.