Lolo Jones,34-Year-Old Olympian Says She Is Staying A Virgin Till Marriage To Honor God And Her Future Husband.

Lori Susan Lolo Jones is an American hurdler and bobsledder has said she feels it’s best, spiritually, not to remain friends with the men she’s dated after they break up. Instead, she spends her time praying to God about her future husband. Her estimated net worth is $1.5 million.

“I can’t be friends with a guy after we stop talking,” Jones tweeted.”Rather spend time praying 4 my future husband than entertaining ones God closed the door to.”

Jones, the 33-year-old track and field athlete-turned-bobsledder, has been vocal about her struggles with love for some time and previously opened up about being hurt by failed relationships.

“Guard your heart,” Jones tweeted back in April. “In the moment I’ll be confused and hurt when relationships don’t work out but as time passes I see God was simply protecting me from you.”

Jones has been opening up about her personal relationship choices for years, including her decision to remain a virgin until marriage. In an interview with the “Today.” show in 2012, the hurdler admitted that it has not always been easy to stand by that decision.

Don’t Look For A Perfect Man, But These 22 Things, Before Marriage, Click Here!

She added, “harder than training for the Olympics, harder than graduating from college, has been to stay a virgin before marriage.”

Back in February, Jones told her social media followers that it was immoral to watch the movie “50 Shades of Grey,” since it’s a movie centered around a sadomasochistic relationship between a young college student and a business mogul. Her official website is www.lolojonesusa.com

“Funny how some people think there’s nothing wrong with ’50 Shades of Grey,'” she tweeted.. “God didn’t create sex for that purpose. Watch another movie.”

When people said she should not speak about the matter since she is a virgin, she fired back. 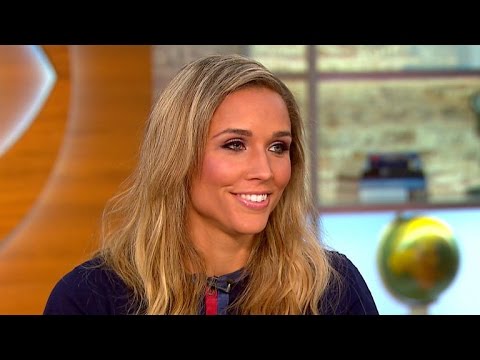